Glebb Popov is originally from Russia and is now making moves in the med device industry. Read on! 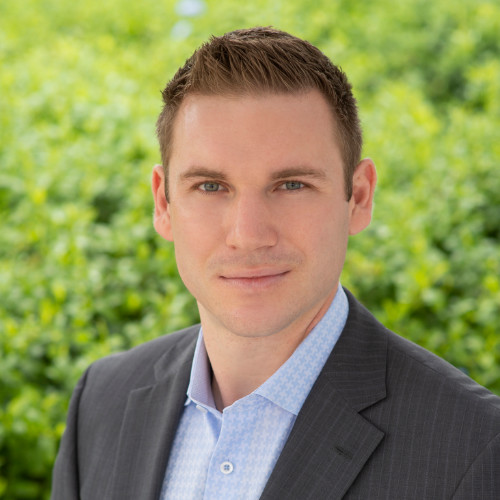 Thank you! Your submission has been received!
Oops! Something went wrong while submitting the form.

Tell us about yourself

I'm originally from Moscow, Russia and moved to the States when I was six. I’ve lived all around -New York, Chicago, LA, but I ended up in Orange County right around the time I started high school. I went to college at UC Santa Barbara. I wanted to study finance but UCSB didn't have a finance program, so I ended up studying business. I started school in 2007, then the great recession happened as the subprime market collapsed and everything fell apart. I was concerned that a business degree wasn’t going to be enough to get a job out of college, so I was looking at different programs to add. UCSB had an accounting minor, so I picked that up and graduated in 2010.

I could not find a job for the life of me in accounting after school ended. I worked the entire time I was in school, but I didn’t do a specific accounting internship. So I ended up taking a marketing position, matching CPA firms with banks and prospective clients. Part of it was cold calling, but part of it was understanding different businesses and what their needs are. I only did that for eight months, but it made me realize that I'd really like to use my accounting degree. So I sat for the CPA, passed and got a job with a regional firm here in Irvine.

Talk about starting your career in public accounting.

I think it’s a great start for a career in finance or accounting. You get a great overview of how various companies run their business. You see the strengths and weaknesses that different companies have as well as to get a really good insight as to how to prepare financials. You can also really start to understand how cash gets generated in certain businesses. It’s a crash course in financial statements for those willing to put in the time.

I spent five years with the firm and made it to the Manager level. At that time, I started thinking that I didn’t want to be in public accounting forever. Being a partner wasn’t in line with my long term career goals even though the experience in public accounting was great. I had worked with a lot of medical device companies on the audit side, and was interested in becoming a CFO or Controller of a medical device company eventually. I thought if I continued my career in public accounting and worked my way up to being a senior manager or partner, I wouldn’t have an opportunity to transition at that point to private industry and become a Controller/CFO.

What did you do when you left public?

I found a position with Edwards Lifesciences, which I knew from my audit experience in med device as the most established and known medical device company in Orange County. I obtained a position in their consolidations group which manages the reporting for the 75 worldwide entities that Edwards had at the time. When I joined, the company was doing $3 billion a year in revenue making and selling transcatheter heart valves. It was a culture shock to go to such a large company for me, to say the least.

I was in that group for three years when my mentor from public accounting reached out about my current position at Inari Medical. Inari had just hired a Senior Director of Finance who was looking to bring on a Controller in anticipation of going public. My mentor knew the Senior Director and recommended me for the position. So I joined as Inari’s Controller almost 2 years ago. The company has an incredible paradigm shifting product and they were gearing up to IPO when I joined, so I was really excited about the opportunity. I remember interviewing for the position and coming to it in a suit. The CEO told me I did great, except to lose the suit. I thought I didn’t get the job at the time because I overdressed.

What went into your decision to leave Edwards Lifesciences?

I actually really loved Edwards and I wasn't considering leaving at the time. But the position and offer at Inari was so good that I just couldn't turn it down. It just happened to line up with my career goals so well. The more I learned about the company and the role, the more obvious the decision became. It was a risk for sure, a lot of medical device companies fail. We were still early at the time, we had 120 employees or so and we did around $10 million in revenue the quarter before I joined. Last quarter, we did $58 million, so it's been an exponential growth curve and a wild ride – and I’ve loved every minute of it.

What pains have come with growing that fast?

Yeah, revenue is up 5x since I joined, headcount up almost 4x. It's been tough to keep up. The finance group was five of us when I started and now there's 25. We migrated from QuickBooks and a separate inventory management tool over to NetSuite. That was in my first three months on the job. Even after the migration, we still have a lot of things that are super manual that we have to improve. We’re growing so fast and the manual processes can’t keep up with that pace. So we’ve worked with the management team a lot so everyone understands where the pain points are and what we can do to alleviate them.

Inari IPO’d during the pandemic, correct?

Yes, I was nine months on the job and we were scheduled to IPO on March 16, 2020. A week before the IPO date, the Dow crashed 3,000 points. The board met and postponed the IPO. There was no visibility into what the markets were going to do or how our business would be impacted. We were on this massive uptrend, then over the next few weeks sales flatlined and then dropped 40-50%. It was really scary at the time. Nobody could get into hospitals to do procedures and obviously the markets were crashing.

But we ended up having some favorable market conditions in the April/May timeframe and were able to IPO in May of 2021.

What advice do you have for setting yourself up for future career opportunities?

Wear many different hats and work on as many different projects as possible, even outside of finance. At Edwards, I was lucky enough to be in a high-level position where I had a lot of interaction with senior finance execs. This provided visibility to a lot of different parts of the business. So I would go to those people and really try to understand how I could help them or assist them with various projects. That really helped in my interview process at Inari, because I had really great examples of how I had touched all these different aspects of a large multinational company.

Additionally, I've had an interest in the stock market for a while and I follow companies, listening to earnings calls. That general business and market understanding helps a lot in terms of the interview process. Especially getting roles outside of accounting. Some people in accounting tend to focus just on debits and credits as opposed to the bigger picture and what the numbers actually mean.

What are some important things about careers that you wish you knew when you were younger?

An important thing to know is that if you are in public accounting and you're overworked, and you think that it's much easier on the other side, it's definitely not. When I was in public accounting, I went to clients and thought their jobs were so easy. Now that I’ve been in industry roles, especially with the growth we’ve had at Inari, there’s just so much more to it that I thought.

Another important lesson is to be open to learning different things and don't be rigid. I am only a second year Controller, I don't have experience in every new process or every new thing that we're doing. So just listening to people, listening to their advice and being open to change. That's helped me a lot over the last couple of years.

Can you share some of the biggest differences between working in public versus an industry role?

The biggest difference is that in public, you're auditing what other people are doing. There's little original work that goes into public accounting because you're basically just verifying what people have done in the past. Whereas on the industry side, you're creating things.

On the public side there's a lot of documentation and procedures where you're just checking the box, and you're not necessarily thinking about the process. I found on the industry side, you really have to think about what you're doing and why you're doing it. You don't necessarily have a template for things. Especially at Inari, there are a lot of things that we’re doing that have never been done here. So you have to figure out a lot on your own.

What are your long term goals?

Thank you! Your submission has been received!
Oops! Something went wrong while submitting the form.
Back to Blog